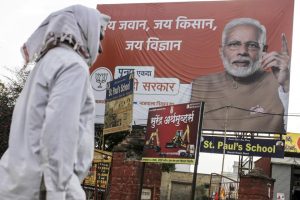 BJP has helped the middle class realise its aspirations


By creating a robust fiscal architecture, arresting inflation, and improving ease of business, it has ensured growth One of our biggest challenges is to create enough jobs for India’s growing work force The NDA’s emphasis on upgrading our dated academic curricula to focus on innovation, research and emerging... Read More 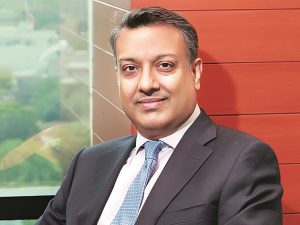 
I largely attribute my perseverance to the strong belief in this sector and its huge potential in the coming years Back in 2010, I wanted to do something radically different from what I had been doing for the last 20-25 years I had seen my father, an IAS officer, quit his comfortable job at a similar age and enter... Read More 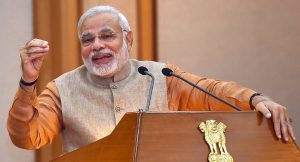 Setting The Economy On A Stable Course


As a nation, we need to improve the capability of the government as a whole to govern, with better quality outcomes, with more diverse knowledge and experience backing decision making The latest report by the UN World Economic Situation and Prospects (WESP) projects that India will remain the fastest-growing major... Read More

Modi @Davos: PM has to be India’s Marketing Chief


Modi will have to lay out India’s position in this ever-changing world, and his personal views as the prime representative of a sixth of humanity This year’s World Economic Forum (WEF) meeting at Davos, Switzerland, that will take place during January 23-26 comes with a very different background from the last... Read More 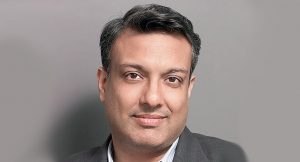 India@100: No More About Climate Change


The renewable energy sector presents a great investment opportunity for India to capitalise on As India completes 70 years of independence, the narrative of a young dynamic nation has become an integral part of discussion around the world Since independence from colonial rule, the average income of people has... Read More


The recent articles by Swaminathan S A Aiyar(Roll Out The Sun, But Gently') and an editorial('Solar power Calls For New Accounting') on this page have cast doubts on the Centre's  100GW target for solar energy  by 2022  The write ups have argued that solar prices are going to drop further on account of... Read More

The Tipping Point For Climate Change is nigh Upon Us


Up untill now, the conversation on the issue of climate change has almost always been hopeful In various rounds of international negotiations, we have looked into the future and said that if we cap global carbon emissions, we will be able to stop temperature increases Click on the link below to read full... Read More 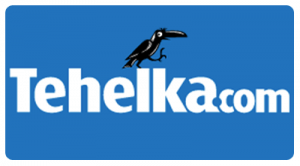 NO SHORT CUTS TO REVIVAL


Readjustment over time, not knee-jerk reactions, is the need of the hour It has been evident to economy watchers, since at least the beginning of last year, that the Indian economy would deteriorate rapidly if corrective action was not taken It was clear that the government's lax economic policies were leaving the... Read More


I do hope that the economic pragmatists of the government win over the political pragmatists of the UPA Future economic historians will probably remember 2012 and 2013 as the middle years of an extended post-global financial crisis era Years that will be mostly remembered for tactical reasons such as the US... Read More

AN ESSAY ON CORRUPTION


Recent visits by the author to both the US and China show what a long road India still has to travel In fact, we had just started on this road before the current slowdown hit us smack in the face There are those who would argue that we are still doing well in a relative sense But given the absolute level of poverty... Read More