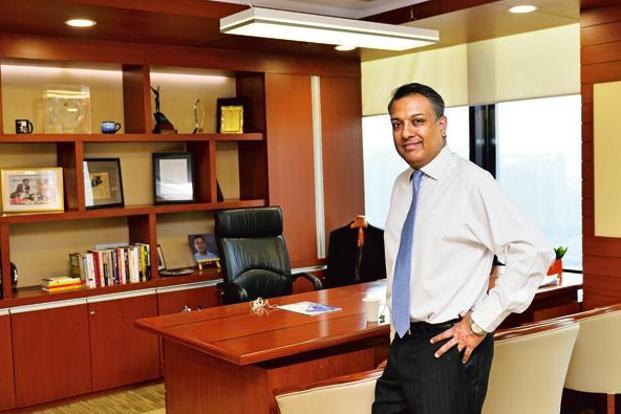 Sumant Sinha’s understanding of the global energy landscape and climate change brings a unique, holistic perspective on energy. With his book, Fossil Free, Sinha shares his vision for energy which is not only clean, but also practical and affordable. From the founder of India’s leading clean energy company, here is a much-needed pertinent and practical roadmap for the energy transition—for the world and for India:

There is a reason why the current geologic epoch is known as the Anthropocene. There is almost universal consensus that human activity is the main factor dictating our planet’s fate. Anthropogenic climate change is one of the many impacts of this human activity that has now emerged as a serious threat for humanity. Years of collective indifference and a lackadaisical attitude adopted by nations towards curbing carbon emissions have created a ticking time bomb. We simply cannot afford to stay in denial anymore, especially when we are already seeing indications of how devastating the impact of climate change may be, if not checked in time. The increased severity and frequency of floods in India, wildfires in Australia, and hurricanes in North America, can all be linked to a steady rise in the average temperatures of the Earth. While the direct causes may be more local, as I elucidate in my book, the land-climate-water-food-energy-pollution nexus is at work with the potential to unleash calamities with devastating impact. There is an urgent need to focus on curbing greenhouse gas emissions, in order to stay within the 1.5 degrees (temperature rise) threshold, failing which these catastrophes would become even more commonplace.

The Paris Agreement of 2015 triggered hope as countries committed to curb carbon levels by agreeing to Nationally Determined Contributions. The equation is simple- we have about just 150 gigatons of the carbon budget left, as per a report by the Intergovernmental Panel on Climate Change (IPCC) in 2018, before we cross the 1.5-degree threshold (a 50% chance of this), and we use almost 10-11 gigatons every year. In the business-as-usual scenario, this will mean we will exhaust the carbon budget in just a mere fifteen years, and still be left with only 50% chance of limiting the temperature rise.

There is little doubt that energy production and use in its current form, dominated as it is by fossil fuels (renewables form just 11% of the energy consumed in 2018, while fossil fuels formed a whopping 85%), is one of the largest sources of carbon emissions. Fossil fuels typically emit large amounts of carbon dioxide and other harmful gases on being burnt, an important process in most industrial production, electricity generation, heating, cooling and other similar activities. Hence, while this carbon spewing legacy fossil fuel system does catalyze economic growth, it is at the unfortunate expense of the environment. This is why the world is now looking to adopt renewable energy as the better, cleaner alternative. It harnesses the energy of the sun’s radiations and wind velocity to produce power minus any carbon emissions. Further, rapid technological advances have increased efficiency and lowered the cost of generation of renewables, thereby also making it a commercially viable alternative, besides the obvious environmental benefits. The only real weakness that renewables has to deal with is the intermittency factor, but a fast-developing market for affordable batteries should help overcome this barrier. As battery prices continue to plunge, we will have access to effective storage solutions, that can store clean energy at the point of generation and subsequently release it into the grid to match the demand curve.

Rising population and steady increase in urbanization have driven up demand for energy by almost 40% in last 20 years. This upward trajectory of energy demand is set to continue and in our best interests, we must ensure that this incremental demand is met by clean energy. Thankfully there are enough indicators that makes me optimistic that this transition to clean energy will not only continue but also accelerate in the days ahead.  The share of renewables has seen a 352 per cent increase from 2008-2018, and we are continuously deploying more and more clean energy in the form of solar and wind every year. However, while renewables were the only source which recorded a double digit growth in 2018 over the previous year, fossil fuels, including coal, oil and natural gas formed more than 25% each of the total energy consumption that year. So there is plenty of ground to cover as far as adoption of renewables is concern  in order to secure a fossil-free future. The renewables sector is highly capital intensive and annual investments to the tune of USD 1 trillion will be required to sustain this transition and help us meet our climate goals.

The case for clean energy also goes beyond just carbon emissions, as it can act as a potent tool for socio economic transformation. Access to clean energy can dramatically transform the quality of lives at the bottom of the pyramid. Renewables have the potential to enhance last mile access to energy and catalyze attainment of other key Sustainable Development Goals, pertaining to expanded healthcare facilities, gender parity, education for all and food security and so on. Clean energy due to its lower cost and application flexibility, at the utility scale, retail and off-grid levels, offers a legitimate market-based solution for positive spill overs across the sustainability spectrum. The power sector in India at least, which is largely linked to legacy energy systems with ossified regulatory frameworks, utilities and people needs an enlightened policy push to keep up with the energy transition we are seeing so rapidly unfold in some countries like Germany, which boasted of using only renewable sources to power the whole country for some time in the recent past

India, with its rising population and consequent growth in energy demand will play a pivotal role in the energy transition, given that it is currently the third largest emitter of carbon emissions. With its changing demographics, including rising income levels, increasing middle-class and demand for aspirational lifestyles, India’s energy consumption is poised to double in the next 10 years, and we can safely assume that renewables will cater to 50% of this incremental demand. The government’s ambitious target of 450 GW of renewables by 2030 underlines the huge potential for clean energy capacity expansion. At the current level of 90 GW, fulfilment of the target implies a 17% year on year growth rate of renewables capacity. If India ends up meeting this target or even coming very close to it, it would be a fantastic achievement and will make India a role model for other emerging nations to emulate when it comes to achieving climate compatible and sustainable growth.

However, ramping up at such a huge scale will not be an easy task by any means. It will require access to risk free capital, abundant land and labour and most importantly a stable and conducive policy environment. The Governments – both at the Centre and the respective states will need to push through some key long pending structural reforms to fast track renewables adoption. Lack of financing avenues, poor health of discoms, sluggish growth of decentralized energy resources are among issues India must address to ensure the energy transition maintains its momentum. My book Fossil Free outlines what I call a “playbook for creating a carbon – light India” – a framework of policies and initiatives that must be adopted to galvanize the renewables sector. If this is implemented successfully, it will be big step towards a decarbonized economy and can serve as a template for all developing nations aspiring for a net zero carbon, sustainable growth model. Here are some key elements from the playbook:

1) Nifty policy-making is integral for any country to meet its climate goals and energy aspirations, including an integrated nationwide policy with coordination between central and state ministries, formulating effective roadmaps and targets (as has already been done), and putting the right incentives out there for the rise of renewables, which have seen a push due to falling costs.

2) A modern, efficient and flexible grid which can better absorb renewables will go a long way towards phasing out environmentally harmful fossil fuel-based energy systems.

3) Stronger and nimble utilities can form the bedrock for an effective energy transition. We need agile, professionally managed, financially stronger utilities governed by a transparent and effective regulatory system which is truly independent.

4) Developing manufacturing independence in India for the renewables sector will also be integral in creating an ecosystem for climate change mitigation which is indigenous and less dependent on imports.

6) Improved energy efficiency standards and deepening electrification such that India moves from a quarter to 60-75% of electrification of its energy consumption, with renewables and storage complementing the grid will be helpful in significantly decreasing carbon emissions and mitigating climate change.

7) India should increasingly assume the role of an active climate leader, leading by example and setting the tone for a renewables-led energy transition, leveraging networks like the International Solar Alliance.

The case for clean energy as the best bet to mitigate the adverse climate change is clear when we consider all the above factors. Yes, the climate crisis has assumed worrying proportions and needs urgent attention, but the steady pace of ongoing energy transition holds out hope for the future. India is poised to emerge as a champion of low carbon, sustainable growth, and a worthy role model for other developing nations to emulate and this can only be good news for an international community which is desperately looking for effective climate leaders. I am confident India can become a beacon for this fossil-free future, driven by the third energy transition and the rise of renewables.

This book presents a ‘compelling roadmap to a better, cleaner future’ as Al Gore shares