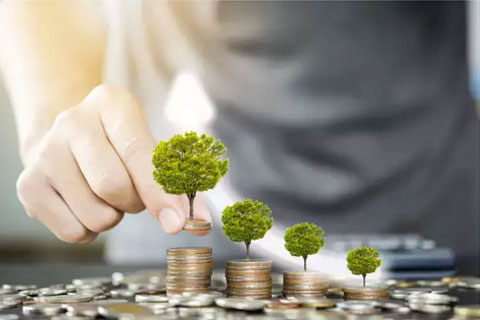 New Delhi: The 27th Conference of the Parties (COP27) of the UN Framework Convention on Climate Change (UNFCCC) in Egypt next month has been dubbed as the ‘COP of Implementation’. It absolutely needs to be. The summit at Sharm el-Sheikh by the Red Sea comes on the back of record summer temperatures in Europe. China, too, is still facing record breaking heat even as its summer ends. In India, spring gave a miss to its north. Last month, Hurricane Ian devastated parts of Florida, with a study stating climate change increased its extreme rainfall rates by 10 per cent. This year also saw an unprecedented melt of Swiss glaciers. The list goes on.

Overall, global CO2 emissions rose 6 per cent last year, according to the International Energy Agency, a grim record. We are still on a path of 2.4°C warming against a 1.5°C target.

The challenge has become stiffer due to the energy crisis caused by the Russian-Ukraine conflict that is seeing a (hopefully) short-term pivot to fossil fuels in parts of the world.

However, underlining this climate crisis is the unacceptable shortfall in the funding of the clean energy transition and the broader climate battle. The depth of the challenge becomes starker when the head of a global Multilateral Development Bank (MDB) finds it hard to clearly state whether global warming is human-induced. Here, one agrees with India G20 Sherpa Amitabh Kant when he states that the IMF and World Bank need to be restructured to address today’s climate challenges.

The COP Agreements in Paris in 2015 and Copenhagen in 2009 earmarked billions of dollars to battle climate change but pledges have not been fulfilled: Poorer and developing nations will likely face up to $75 billion shortfall in climate finance each year till 2025. Given this deficit and rising climate change impacts, global annual climate finance flows must rise to about US$ 3-4 trillion-plus annually, starting now, from about $US 700-750 billion.

India, the world’s fifth-largest economy and its fastest-growing major one, is well positioned to be a responsible global climate power. Its rising geopolitical heft and commitment to clean energy—both in terms of on-ground capacity expansion (it is the third largest producer of renewables) and its ambitious climate targets—well positions it to persuade MDBs, pension funds, Sovereign Wealth Funds and developed nations step up; a must, for the success of ‘implementation’ COP. India, with Prime Minister Narendra Modi’s far-sighted leadership on the energy transition, is on its way to achieving its ambitious target of 450 MW of renewable power by 2030. Its leadership on climate can be in conjunction with the US, which comes to Egypt with the tailwinds of passing the historic green IRA 2022 legislation.

New Delhi’s role becomes more critical given China’s suspension of climate talks with the US over Taiwan. Other influential nations like Indonesia and Australia, which have recently undertaken significant actions on climate legislation or strategy, can be partners. Egypt, the host, is another champion for developing nations.

Some developed nations are acting. Norway’s Sovereign Wealth Fund, with a US$ 1.2 trillion corpus, recently asked over 9,000 firms it invests in to double down to set Net Zero goals by 2050, in line with the Paris COP Agreement.

Against this backdrop, it is worth considering the following as we head to COP27:

Goals are not enough: Implement and track

This COP, as per its mandate, should focus on ensuring on implementing major targets set at Paris and Glasgow, especially in terms of finance pledges. No more major new goals. Climate finance flows must move faster to where they are needed the most and this must be tracked minutely—literally monthly. The COP27/UNFCCC secretariat, IPCC, MDBs, financial institutions, SWFs, and a group of global policymakers and leaders need to create an international mechanism/body to monitor inflows of climate finance to developing countries, relevant projects, research institutions, clean energy technology developers etc. to ensure the financing shortfall is being addressed.

This cannot wait for the next COP. India can, and should, take the lead here. The cruel irony is that economies of poorer and developing nations, which have historically contributed the least to GHG emissions, will be four times more exposed to climate risks than their richer peers by 2050.

A listening COP for a just transition

Sharm-el-Sheikh cannot become just an arena for speeches or new lofty goals—the world cannot afford more dialogue without sharply increased mitigation funding and implementation. COP27 should also be a ‘listening’ COP. This requires listening to communities most impacted by climate change, understanding their lived climate experiences and baking their inputs into grassroot mitigation plans, with targeted funding. Representatives from forest and tribal communities, coastal areas, women and children who are the most vulnerable to climate change, and indigenous communities must have a prominent role, besides international movers and shakers.

The stakes are high: An IPCC report this year said with reference to South America, that if the energy transition does not include Indigenous Peoples, and those whose livelihoods that depend on climate-risk-oriented sectors like agriculture, fishing, and tourism, by 2030, extreme drought across the Amazon will force all traditional communities to live on the margins. The G-77 plus China should play its role here in representing marginalized communities globally whose voices are needed to catalyse concrete action and directed funding. Again, New Delhi and Cairo can lead.

There are examples of positive action. In India, UNICEF, along with several state governments such as Gujarat, Odisha, Madhya Pradesh, Bihar, and Rajasthan, have started initiatives targeting children to make them a part of decision-making and execution process of programmes such as water-budgeting, mangrove conservation, and climate risk resilience.

The COP26 summit rightly focussed on Glasgow Breakthroughs, aimed accelerating deployment of new technologies in five sectors accounting for over 50 per cent of global emissions: Power, steel, land transport, hydrogen and agriculture. Leaders at COP27 must assess how much new technologies have started to cut down these sectors’ emissions—and how more needs to be done and how they can quicken the deployment of such technologies to slash these industries’ carbon release further. The focus can be on:

Demonstrating continuous progress in delivering the Breakthroughs, including more signatories.

The risk sharing of investing in new technologies between public and private sectors needs to be made more broad-based from manufacturing of new equipment such as new electrolyzers and batteries to their purchase to deployment. The Just Energy Transition Partnership involving providers of finance such as MDBs and developed nations, and recipient nations can play an important role here, like it did with South Africa to support its transition from coal to clean energy.

India as a climate power can reinforce its standing as a force for global good at COP27. The lives and livelihoods of billions may just depend on it.

[This article was written exclusively for ETEnergyworld by Sumant Sinha, Chairman and CEO, ReNew Power]