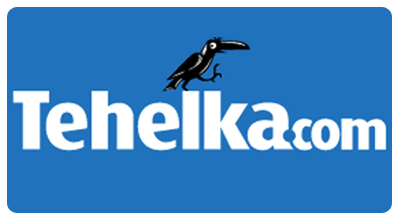 Readjustment over time, not knee-jerk reactions, is the need of the hour

It has been evident to economy watchers, since at least the beginning of last year, that the Indian economy would deteriorate rapidly if corrective action was not taken. It was clear that the government’s lax economic policies were leaving the Indian economy vulnerable to external weaknesses.

Unfortunately, we were not thrifty in the days when the country was seeing over 8 percent economic growth. We assumed sanguinely that the good times would last forever. High GDP growth, along with hard-won macroeconomic stability and sectoral reforms, appeared a given. Complacency about the India story, and hubris about the continued good times, led us to believe that 10 percent growth was imminent and that we could overtake China.

However, the government’s lackadaisical and casual approach to economic management over many years meant that pain was going to emerge at some point — as it now has in ample measure. On the macroeconomic side, a consistently high fiscal deficit over the past four years, increasing current account deficit, and persistently high inflation and interest rates have inevitably knocked the stuffing out of the economy.

Couple that with the total absence of sectoral reforms, a number of scams and scandals, and the lack of decision-making, and it is no surprise that we have swung to the other extreme. All these problems have coalesced into our inability to finance the $75 billion current account deficit sustainably, and this is resulting in the uncontrolled decline of the rupee. Financing the current account deficit mostly with inflows of foreign institutional investment and short-term debt was always going to be a recipe for disaster. This has been the experience of many emerging market economies before us. Talk of Fed tapering (with the US Federal Reserve set to pull back from bond purchases) and US growth has led to capital flight out of emerging economies, leaving us exposed.

Unfortunately, the corporate sector too is suffering and is in no position to invest. Sentiment about doing business in India is so negative that most Indian companies would rather invest overseas. This is because, besides corruption, we now have paralysed decision-making, falling demand, high interest rates and little access to domestic capital markets. In addition, land sourcing, getting approvals, mining and fuel supply issues, stuck investments, bureaucratic delays, horrible infrastructure, etc, are preventing corporates from making further investments. On top of that, many companies are already struggling with huge debt burdens caused by optimistic assumptions and banks eager to lend at times of easier liquidity. These non-performing assets will also have to work their way through the banking system, draining both further equity and debt appetites of corporates and banks. Many consumer durables companies are also facing declining demand as the Indian consumer finally reacts to higher financing costs and an uncertain job market. The only saving grace is a positive monsoon that may stimulate rural demand and keep economic growth at around 4-5 percent for the current financial year.

In the face of this, the RBI and the government’s efforts have seemed too little and too late. Opening up sectors for FDI belatedly, tightening liquidity in the system, imposing capital controls, increasing duty on gold imports, etc, seem like Band-Aid when the patient has already bled to death. More so, when these measures are seen not as a philosophical change of heart, and therefore sustainable, but more a knee-jerk reaction to events that are overtaking the country.

What is needed now, whether we like it or not, is a period of structural readjustment in the economy — which is in any event being forced upon us by the markets — leading to lower, export-led growth, curtailed domestic demand, and a stronger focus on creating a better investment climate for corporates. Ultimately, as corporate growth picks up through higher investments, it will lead to more jobs, higher consumer confidence, higher services growth and a return, over time, to the virtuous cycle of growth and improving macroeconomic fundamentals.

However, this requires strong political will. And it will take considerably more time. Unfortunately, the current political climate, with elections round the corner and a potentially uncertain outcome, does not augur well for the immediate future. There is no easy way out of our current situation.