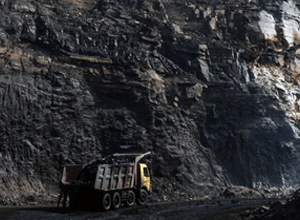 Wind and solar power — even after import tariffs on cells and modules — are often cheaper than coal power and frequent supply disruptions for the dirtiest fossil fuel are expanding the price gap, Sinha said in an interview at Bloomberg’s headquarters in New York. Coal prices have surged as states scramble to line up shipments and prevent widespread blackouts.

India’s coal crunch, the second in less than a year, has triggered questions about the country’s decarbonization plans. While clean energy advocates like Sinha say supply shortages should spur the shift to renewables, the country is also seeking to add more mining and transportation capacity.

“In India, the alternative to renewables, which is coal, is becoming really expensive,” Sinha said. “If India doesn’t add renewables capacity fast enough, we’re looking at a structural shortfalls in power supply.”

India has about 110 gigawatts of renewables capacity, accounting for more than a quarter of the country’s power supply, and it gets 70% of its power from coal. While the country has expanded its coal generation in recent years, mining and transportation capacity hasn’t kept pace. Those limits have been exposed by a heat wave this month that’s led to soaring electricity demand.

The writer is chairman and CEO of ReNew Power