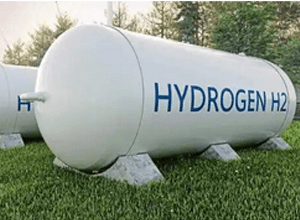 Sumant Sinha is the chairman and chief executive officer of ReNew Power and president-designate of Assocham.

The announcement of the first phase of India’s Green Hydrogen policy last week shows the scale of the country’s renewable vision. It indicates that India not just wants to be a part of the global clean energy transition, but aims to lead it. The fact that the government wants India to become a green hydrogen export hub illustrates this. Beyond this dramatic statement of intent, the policy moves the needle discernibly towards the creation of an ecosystem for the green hydrogen (GH) industry, which is critical to achieve India’s climate goals. This includes reducing the economy’s carbon intensity by 45% by 2030.

The challenge is huge. Currently, the industrial sector, including the manufacturing, refining and fertilizer industries, contributes over a quarter of India’s total carbon emissions.

But the good news is that on the policy front, momentum is accelerating, especially after Prime Minister Narendra Modi’s powerful statement on India’s climate goals at the CoP-26 summit in
Glasgow and a green budget for 2022-23.

The GH policy reflects this. Some key highlights are discussed below.

Remove to improve: The removal of inter-state transmission charges for 25 years for projects
commissioned before June 2025 will make it far more economical for key users of hydrogen and ammonia, such as the fertilizer and refining sectors, to produce green hydrogen with renewable energy (RE) sourced from other states. This can cut costs of producing GH by up to 15%.

Banking on utilization: The new policy allows for the banking of unconsumed renewable power with distribution companies for 30 days. This essentially will mean that an RE producer can inject non-
utilized power into the grid and be able to utilize this banked surplus with discoms anytime over
30 days. This will contribute towards increased utilization of capital-intensive electrolysers (unburdened by RE intermittency issues), bringing down their operating costs.

More work ahead: The first phase of the policy by India’s ministry of power has created a platform for growth and we at ReNew Power aim to move quickly to build up our green hydrogen capacity, along with our partner L&T, in alignment with national goals. But if India’s GH ecosystem, as a whole, is to be quickly built and rapidly scaled, the next announcements and clarifications must follow soon. The challenge is daunting. Currently, 98% of hydrogen produced in India is ‘grey’, powered by polluting fossil fuels. Here are a few suggestions for policymakers to consider in the second phase of the country’s GH policy.

Mandate mandates: To rapidly scale the sector, the near 100% cost differential between grey and green hydrogen must rapidly narrow. This will bring more companies, especially in the massive, hard-to-abate sectors, firmly under the decarbonization fold. The new policy, as stated, could cut costs by up to 15%, still leaving a gap of around 80%. To narrow this, the government could immediately look at introducing special mandates for different industries, till the ecosystem achieves scale.

Clarity must rule: To ensure a quick build-up by entrants and attract new players, clarity is needed on the applicability of the cross subsidy and additional cross subsidy. For example, if an RE plant used for GH production is owned by a different entity, how will the project structure work? Further clarity on the type and quantum of financial support to GH manufacturers is also necessary. We hope that states, taking on board the thrust of the Centre’s new policy, quickly provide clarity here.

PLI please: On the lines of the additional ₹19,500 crore for the PLI scheme for manufacturing solar modules, a similar announcement for electrolysers would be hugely beneficial for green hydrogen. This is so because if demand for GH grows sharply in the wake of mandates, it may be a self-goal for
the country should electrolyser availability or production prove unable to keep up. We would end up in a chicken-and-egg situation.

Funds for acceleration: Given that GH’s current cost is significantly higher than grey hydrogen, government support to industries like fertilizers, chemicals and steel through viability-gap funding and grants will help accelerate adoption.

Cut GST for scaling: Reducing GST and customs duties on electrolyser equipment, currently at 18% and 7.5% respectively, till the point that domestic manufacturing capabilities are built, will act as an enabler.

A recent International Energy Agency (IEA) report states that the world’s entire electrolyser capacity will reach 17GW only by 2026. For India alone to meet its 5-million-tonne annual target for green hydrogen production by 2030, the country will require 10GW of electrolyser capacity.

While ramping up green hydrogen capacity in particular and renewable energy generation overall to meet our climate targets is a difficult proposition, we as a nation cannot allow ourselves to be deterred, especially with the planet’s future at stake. As the famous visually-and-hearing impaired American author Helen Keller said: “Life is either a daring adventure or nothing at all.”