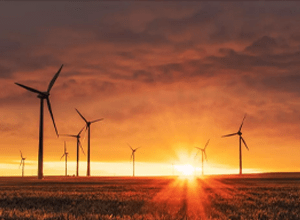 India is currently looking to rapidly boost its renewable energy (RE) generation from the current 12-13% to over a third of total generation to meet its climate goals by 2030. However, while doing so, it must actively plan for the vagaries of the natural energy sources to ensure stability and flexibility in its expanding national grid.

This planning must include flexible storage systems that absorb, store and then reinject electricity into the grid according to requirements. The case for this is urgent and massive: In less than nine years from now, India will be adding an unprecedented ~300 GW of renewables to meet its 2030 climate goal of 500 GW of non-fossil fuel electricity capacity.

India will have to tailor its battery storage adaptation to its own needs but will not have to reinvent the wheel. Already, storage in markets such as the United States and the United Kingdom has helped in integrating adaptability and flexibility for their grids.

Adding to the attractiveness of storage, besides its integrality to the RE rollout, is the sharp decline in costs, set to dip further.

India’s NITI Aayog, the nodal planning agency for the economy, expects the country’s storage market to reach more than 1,000 GWh by 2030 from a very small base today.

The push to reach the total 1,000 GWh capacity deployment will mean thousands of jobs in manufacturing and construction for storage and storage-related projects, which helps the overall economy.

But India has to overcome some challenges to ensure storage keeps up with the rapid expansion of solar and wind assets.