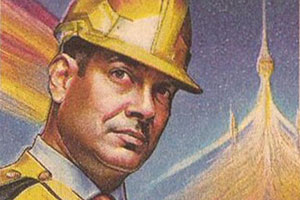 India’s power sector looks set for a bright future. Our country has the world’s third largest renewable energy capacity, having already met the 2030 target of achieving 40% of electricity-generation capacity from non-fossil fuel sources. By 2026-27, our country’s power-generation installed capacity is likely to be close to 620 GW, of which 38% will be from coal and 44% from renewable energy sources. The increased adoption of electric vehicles coupled with the rapid pace of industrialisation and the development of residential sectors will add considerably to the demand for power in the country. Here renewable energy will bean important part of the mix and help bridge the energy gap.

I foresee three trends in India’s renewable energy sector in the next three to five years.

One, India will become a supplier and exporter to the world. With the incentives being provided by the government already, the manufacturing ecosystem is improving and we are likely to see India produce components for solar power, batteries, electric vehicles, green hydrogen, among others. This, along with the global move to diversify supply chains is likely to create significant opportunities for India to export to the rest of the world, along with meeting our own requirements.

Two, we will see requirement of round-the-clock power solutions using only renewable energy as a way of easing its absorption by the grid. There will also be storage solutions using either batteries or other mechanisms.

Three, green hydrogen will emerge as an important instrument to decarbonise broader parts of the energy value chain, including in the corporate sector. A number of companies in the renewable power sector are likely to set up pilot scale plants in both India and other countries and will focus on achieving economies of scale through larger installations.