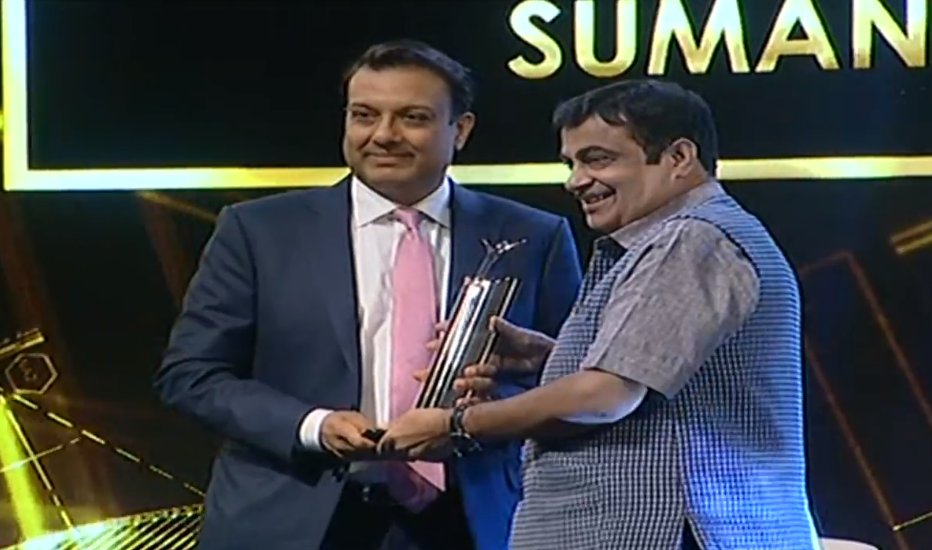 The entrepreneurship and leadership of Sinha, an alumnus of IIT-Delhi, IIM-Calcutta and Columbia University, has helped ReNew Power become India’s No. 1 renewable energy company.

Give me green! I have the power and promise a clean tomorrow

Sumant Sinha has led ReNew Power Ventures to the position of India’s largest clean energy company in a short span of time, overtaking older rivals on the way with a mix of mostly organic growth and a major acquisition in the rapidly growing but extremely competitive sector.

The entrepreneurship and leadership of Sinha, an alumnus of IIT-Delhi, IIM-Calcutta and Columbia University, has helped ReNew Power become India’s No. 1 renewable energy company.

Even though several internet and digital new age companies were also in the fray, the jury went in favour of companies with more proven business models, picking Sinha for creating India’s largest clean energy company in just seven years. The award, the jury agreed, was a recognition of the scale he has built in a relatively short span of time.

Sinha dedicated the award to his team at ReNew Power. “This award is a recognition of what we have built together — this fabulous company which is our (professional) home,” he said. “It is also an indication that the renewables industry has started getting better recognised. ”

With projects adding up to 6,600 megawatts, including 4,000 MW already commissioned, it is nearly double the size of its nearest competitor in India. It is also India’s only renewables firm that is among the top few in both wind and solar energy.

It has raised debt and equity from global marquee investors ranging from Goldman Sachs, which acquired a substantial stake in the early days of ReNew Power, to Canada Pension Plan Investment Board, that recently invested $247 million on top of of its $144-million investment in January 2018.

Sinha, who has been an investment banker in the US and UK and CFO at the Aditya Birla Group and COO at Suzlon, helped the company he founded raise $1.1 billion in equity and $3.4 billion in debt from global investors. The funding helped it acquire Ostro Energy, which has a capacity of more than 1,100 MW.