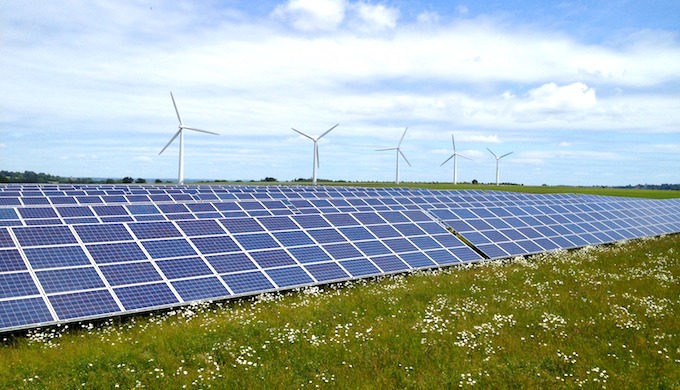 Renewable energy continues to create jobs worldwide and the industry has the potential to lead employment growth as countries start recovering from the Covid-19 pandemic.

The global renewables sector added half a million jobs in 2019, according to the latest annual jobs report by the International Renewable energy Agency (IRENA), taking total employment in clean energy to 11.5 million.

Asia, led by China and India, continued to lead the jobs growth in the industry, accounting for as much as 63% of the total employment, IRENA said in its Renewable Energy and Jobs – Annual Review 2020 report.

A focus on renewable energy investment and spending on energy transition could ensure an eco-friendly recovery from the global Covid-19 crisis and its economic aftershock, IRENA said.

The industry has done relatively well in 2020 despite the pandemic and lockdowns imposed around the world. “Renewable energy has proven especially flexible, cost-effective and resilient in the face of the 2020 health and economic crisis,” said IRENA director general Francesco La Camera.

After many years of robust growth, expansion of both solar and wind sectors has been muted in India, the report said. India added 7.7 GW of solar photovoltaic capacity in 2019, 16% less than in the previous year. After eight years of growth, the labour-intensive rooftop solar market contracted by 7%, reaching 1.5 GW in 2019.

The drop in solar photovoltaic installation can be attributed to policy uncertainties, reduced project developer participation in auctions due to low tariff caps, land and transmission line bottlenecks, payment delays by distribution companies and steps by some state governments to renegotiate power purchase agreements, the report said. Other factors include an increase in module prices traceable to import duties and currency devaluation.

Jobs in grid-connected solar photovoltaics declined by 14% to settle at 109,000 in 2019, IRENA said. However, employment in off-grid solar applications continued to rise as is at about 95,000.

Attempts to boost domestic solar manufacturing have run into problems in recent years in India. However, domestic manufacturing could save India USD 42 billion in equipment imports by 2030 and create as many as 50,000 direct and 125,000 indirect jobs over a five-year period, IRENA said, citing a study by KPMG, a consulting firm.

Although India is the world’s fourth-largest wind market, annual installations have waned. The 2.2 GW added in 2019 was only slightly more than half of the 4.1 GW installed in 2017. IRENA estimates jobs in the country’s wind sector at 62,800.

Although India’s renewable energy sector has emerged as an exceptional employment generator in recent times, an unexpected fall in installing solar and wind power capacity in the fiscal year ended March 2019 slowed down the growth in new jobs, according to Powering Jobs Growth with Green Energy report released last year.

Just about 12,400 new workers were employed between April 2018 and March 2019 by utility-scale solar, rooftop solar and wind energy projects, compared to 30,000 new workers who found employment in the previous financial year, the report had said.

However, the report also said that the outlook for employment remains bright for the next few years, in line with the expectations in IRENA’s 2020 report.

“In India, which saw over 100 million job losses during the lockdown, 1.3 million full-time jobs can be created by achieving 160 GW from renewables by 2022,” according to Sumant Sinha, chairman and managing director of ReNew Power, an independent power producer.

The IRENA report also highlighted the potential of jobs growth in the decentralised solar segment, which could see employment doubling from 95,000 in 2019 by 2022-23.

IRENA’s recent post-Covid recovery agenda said a stimulus programme could create up to 5.5 million more jobs over the next three years. Such an initiative would allow the world to stay on track for creating the 42 million renewables jobs that the agency’s Global Renewables Outlook projected for 2050.