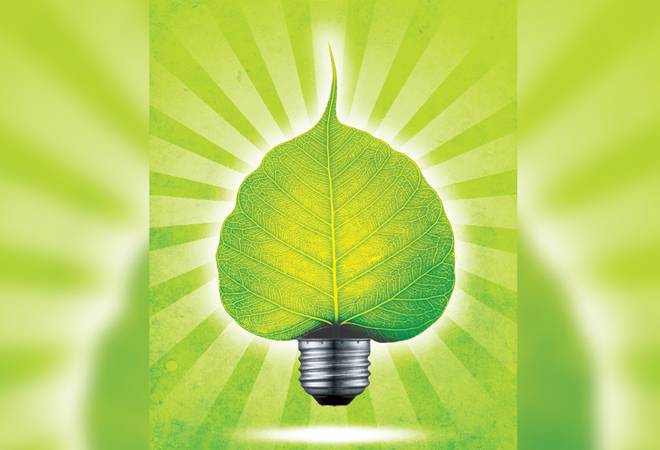 Renewables are the future of the energy sector. We are in the middle of a great energy transition where we are moving from polluting to clean sources of energy. The world’s total renewable energy (RE) capacity is currently around 2,500 gigawatt (GW), of which solar and wind account for nearly 50 per cent each. Last year, we added 180GW of renewable capacity – an increase from just 20GW of annual addition nearly 10 years back. What makes this growth even more special is the increasing affordability of renewables -which are now cheaper in terms of levelised cost of energy, or in other words lifetime operations cost, than thermal-based power.

The cost reductions have been largely driven by efficiency gains through technologies. Consider this – the price of PV modules has declined by nearly 90 per cent in the last 10 years. This has led to a steady flow of investments in the sector – last year, over $300 billion was invested globally in clean energy, a 33 per cent increase since 2010. In fact, according to Bloomberg New Energy Finance, the global investment in RE actually increased by 5 per cent in the first half of 2020, compared to last year. The investment has gone up despite the setback due to Covid-19, showcasing the resilience of the sector and the its importance among the global community. 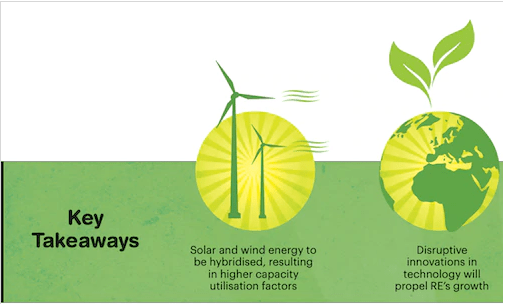 India As a RE Hub

India is at the centre of this global energy transition and is now a major renewables hub, after carrying out an aggressive expansion in capacity. We are the world’s fifth-largest producer of clean energy with an installed capacity of 87GW, the sector having grown at over 20 per cent since 2015. There is much more to come. Today, we produce 1.2 trillion units of electricity from our existing power capacity.

If our electricity demand continues to grow at the historical rate of 6 per cent, then we would double our electricity consumption over the next 10 years and would require at least 350 GW of additional RE capacity. This is, of course, based on the assumption that we wouldn’t want to deploy any large thermal capacities since it will only impede our journey to meet our climate change commitments. This number also triangulates well with our target of 450GW of RE capacity by 2030. Incidentally, 350GW is also equal to India’s total power capacity today.

Therefore, we are targeting to add as much RE capacity, as we have built from all sources till date in the history of our country. This statistic perhaps best summarises the sector’s tremendous potential. However, this is only the tip of the iceberg. As we look to decarbonise many industrial sectors in India, we will shift from our existing use of fossil-based energy to renewables – for example, charging electric vehicles with clean energy will replace the use of petrol and diesel, thus further spurring the demand for RE in the country.

While renewables have become the preferred choice of electricity generation everywhere, it does have one drawback – the issue of intermittency. Due to the unpredictable nature of its fuel, wind and solar energy do not inject consistent or on-demand power into the grid. Innovative storage solutions are one way to solve this problem. We can use batteries to store power when the demand is low and feed it back into the grid when the demand is high. This will ensure that we maintain grid stability and also enhance competitiveness of renewables by making it a firmer source of power that can better match varying demand patterns. The good news is that batteries are becoming increasingly affordable – prices have dropped by over 80 per cent in the last decade and are expected to drop further in the coming years.

Apart from storage, the other way to make renewables firmer is to hybridise solar and wind energy – basically a combination of solar and wind projects which would result in higher capacity utilisation factors (CUFs) and, therefore, a smoother flow of power into the grid. Disruptive innovations in technology will be critical to propel RE’s growth in this decade. India should take the lead in driving these technological advancements by encouraging pilots in new areas such as hydrogen, carbon capture, energy services, offshore wind, usage of digital and analytics, etc. These efforts can be further strengthened by adopting a collaborative approach with global research centres and universities.

Even in these unprecedented and challenging times like COVID, the renewables sector has escaped relatively unhurt due to swift action taken by governments around the world. In India, it was no different. The government sprang into action almost immediately after the nationwide lockdown was announced. The “must-run” status accorded to renewables insulated the industry from compression in demand due to the lockdown, while generators were also granted extra time to commission under-development projects. As part of the national fiscal relief package, Rs 90,000-crore liquidity injection into distribution companies was announced, which is almost equivalent to 5 per cent of the total package. This has helped generators get their long-pending dues that can be utilized to service debts and fund new projects. Many other revolutionary and long-term reforms were also proposed by the government during the lockdown, including privatisation of discoms in Union Territories, changes in the National Tariff Policy, amendments in the Electricity Act, etc.

For long, the solar power industry has been largely dependent on Chinese imports. The Prime Minister’s call for Atma Nirbhar Bharat provides an excellent opportunity to boost domestic manufacturing capability of solar panels and ancillary parts, creating a strong end-to-end ecosystem for solar energy in India. The right policy framework, tax relief and subsidies, and affordable finance will help our domestic manufacturers match their Chinese counterparts in scale, quality and price. This will not only help them cater to local demand, but also wrest a share of the global supply chain. While pushing local manufacturing of solar modules is definitely a step in the right direction, we should expand these plans to other parts of the power sector value-chain such as batteries and components.

The future for renewables looks bright and secure, as countries target low carbon economies and a sustainable and resilient recovery post Covid-19. Public policies, investment decisions and innovations will all align to ensure that the transition to green energy stays on track. The world today needs renewables to be at the heart of post-pandemic recovery plans, as increased RE penetration can ensure better health via reduced pollution, generate more employment, reduce import dependence and improve quality of life at the bottom of the pyramid. At the moment, the winds are favourable for the renewable energy sector and in everybody’s interests, we hope the sun continues to shine on it.