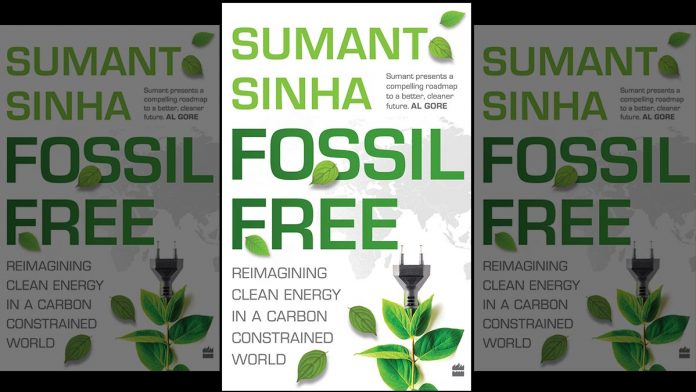 For many decades now, the world has been waiting with bated breath on the promise of renewables, and with every passing year, the disruptive power of technology is making prices tumble and its economic case so compelling that it may well be possible to imagine a world without fossil fuels, perhaps post 2050. Sumant Sinha, an entrepreneur who set up ReNew Power, has written Fossil Free, a treatise on everything you want to know about renewable energy and didn’t know where to ask.

It is infused with rich data and comparables across countries, along with nuggets on policy prescriptions for the government. Technology is changing so rapidly and with it costs of everything are tumbling, so much so that within five to seven years, the cost of renewables could well be more competitive than the cost of fossil fuel-based energy, and enable the electric vehicle revolution to truly happen.

For critics of the NDA government who feel not much is happening on the economic reforms front, Sinha argues that over the last six years, rules on renewables have been rewritten in India, helping create a practical and achievable roadmap. But he does concede that though substantial progress has been made, reforms are long overdue on distribution, storage policy for evolving battery technologies and ensuring independence to regulators. The government has been trying hard to get Tesla to invest big in India at the highest levels, perhaps even consider establishing a Giga factory, but their focus for now has been on selling cars (which is short-sighted) and perhaps doing R&D here.

Sinha claims that India would need more than half a trillion dollars over the next decade and finding those investments, both debt and equity, is going to be challenging. He says the sector’s capability has to expand across the value chain to grow the industry as a whole. Further, of the top 10 solar cell/ module manufacturers in the world, the majority are in China so to reach Prime Minister Modi’s ambitious goal of 450,000 MW by 2030 of renewables (currently, India has 370,000 MW-odd from all sources of generation), the industry needs to become self-sufficient in module production for which policy clarity is required. Further as the sector grows, Sinha points out that intermittency management and discoms’ financial health will become even more critical for the renewables sector as a whole.

It is ironical that a power deficit country like India has not attracted enough capital into the renewable sector to build any global giant, even though every major industrial house has tried its hand at it. Strangely, ReNew has struggled with its IPO plans, despite having blue-chip global investors, though going by Sinha’s arguments the sector shows remarkable promise both in India and globally.

Fossil Free is a cogent book that makes a compelling case for energy transition in India for a carbon-light economic growth strategy. India can well become the global leader in this transition and Sinha’s rich insights and policy prescriptions are a good guideline for governments to follow in this journey ahead.