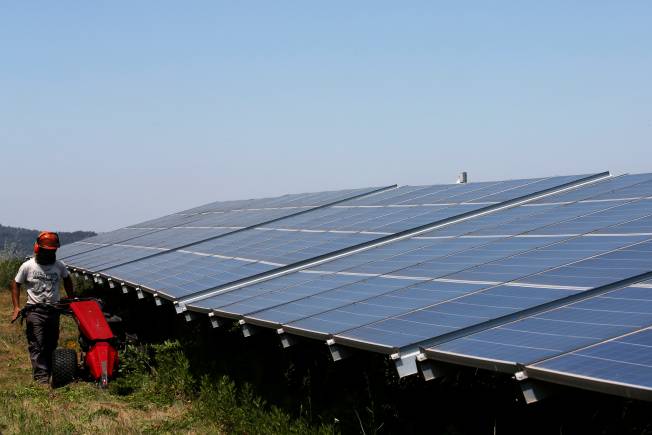 Just like the government has isolated virus-hit and virus-free districts, there is a need to isolate business verticals so that large sections of the economy don’t become sick, says CMD.

Sumant Sinha, Chairman and Managing Director of ReNew Power, India’s largest renewable energy company, has said that while India Inc has been in conversation with the government over the need for a fiscal stimulus, there was no firm indication yet of a package actually seeing the light of the day. The renewable energy leader predicted that if the badly stressed sectors did not get any immediate relief, there was fear that many such companies would go irreversibly bankrupt.

In a detailed interview with Moneycontrol, Sinha said the corporate India pitch for fiscal stimulus was actually yet a ‘wish list’. “The way the conversation is happening is that the corporate sector is speaking to the government. The government is just listening. It has not made up its mind on either what it wants to do or which sector it wants to immediately help. But India Inc is continuing to talk about what it wants. I don’t think anything tangible is there yet.”

Putting the need for a fiscal stimulus in context, Sinha argued that the government had to tap it at both ends. Try to revive demand by giving money directly in the hands of the poor. At the same time, present a revival plan for the economy.

“I would be in favour of a fairly large stimulus rather than doing something very small. Maybe a fiscal stimulus of 5 to 10 percent. One time, one-off, which everyone can easily understand? How the package is to be distributed is the call for the government to take. Large sections of the corporate sector are badly hurt,” he noted.

The ReNew Power managing director identified some of these sectors in an urgent need of government attention. “Obviously, aviation is going to be in serious difficulty. Anything to do with the transportation sector is also in trouble. Tourism too is badly damaged. If they don’t get relief then companies will irreversibly go bankrupt and once they are gone they are gone. Then you cannot get them and that will lead to more and more NPA and sickness in the banking sector. The situation will get worse and include everybody. You cannot let that happen. You will have to find ways.”

He recommended that just like the government had isolated virus-hit and virus-free districts, there was a need to isolate business verticals so that large sections of the economy did not become sick. So long as we can create those barriers, we should be in a position to restart fair economic activity, he cautioned.

But he asserted that it was equally important to revive the industry as well. “If the industry does not revive, long term job creation will suffer as well. It has a circular impact. We need to have vast sections of the economy to come back. If we put money in the hands of the poor they will also spend money and demand will peak up.”

In reply to another question on the rationale for lockdown extension, Sinha opined, “The moot point is that if after such strong lockdown enforcement, cases don’t come down then what measure is going to tame the numbers? I hope that in the next few days we actually see cases come down and if that does not happen then we are in it for a long haul. I don’t know whether we have any other weapon in our armory to contain it. It is a matter of worry.”

The ReNew boss, however, said that he completely sided with the government decision. “I am all for the government decision because that seems to be the only way to at least try curb the spread. It has been a sensible decision. The extension of the lockdown from the health point of view is very good. But from the economic point of view, we have to look at consequences.”

Drawing out the impact on his line of business, Sinha predicted that the demand would continue to be dull even in post-COVID time. “Discom financials are going to be hit. If they are hit, how do we do our debt servicing with banks? These are the things that the government has to identify and go in directly and pump liquidity directly into the system.”

Outlining the key features of the proposed fiscal package, ReNew Power CMD said, “Debt servicing is the key issue. Three-month relief isn’t good enough. Give a straight-forward debt moratorium of six to nine months. Allow banks to give moratorium and inject liquidity into banks.  Also, there is a way to put liquidity directly into companies.”

“For instance, in our sector, induct liquidity into the distribution companies which allows them to pay us. The whole thing is to allow the business to start so that the cycle gets to life again,” he averred.