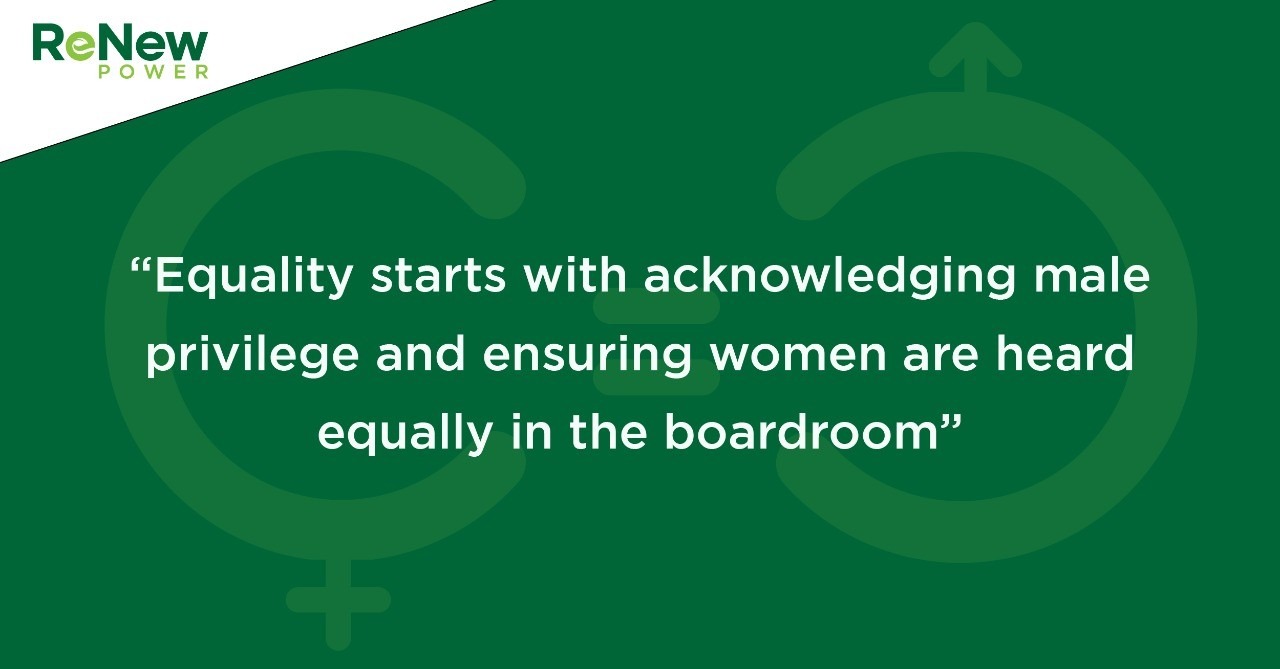 As a son, a husband, a father and the leader of an organization committed to building a sustainable business, I recognise my responsibility to realise women’s rights for an equal future. There is enough empirical evidence to confirm that organisations that build a welcoming environment for all sexes, perform better.

While I am still learning to become a better ally of women at work, here are some principles I am following that may be of interest to others wanting to follow suit:

I’ll conclude by saying that women’s empowerment is no longer just about doing the right thing. If we truly want India to realise its growth potential, we need to encourage more inclusive behaviour at home, at work and across our institutions. That will only happen when each of us recognises our bias’ and actively works towards correcting it.