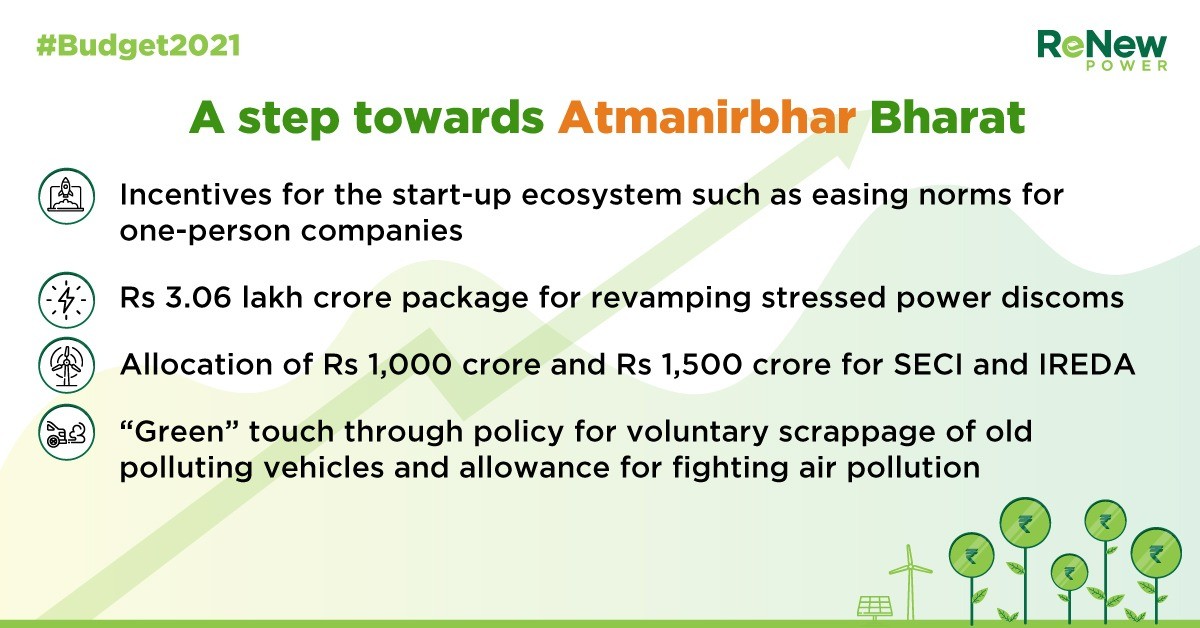 The Union Budget 2021 came in the backdrop of testing times. The Budget had to kickstart the growth engine, spur consumer demand, shore up investor sentiments and create jobs while building resilience against future pandemics. The FM did manage to meet most of India Inc.’s expectations. It is a Budget laced with positivity that looks to unleash growth, upgrade physical and social infrastructure, and ensure ease of doing business for India Inc. The Budget rightly follows a path of fiscal expansion to stimulate growth and generate employment, and also outlines avenues for financing this expenditure. In my opinion, the following are the top 10 positive features from the Budget:

A massive thrust on infrastructure should have a positive multiplier effect on aggregate demand and jobs and should reignite the economy. The decision to set up a professionally managed Development Finance Institution to fund the execution of projects identified under the National Infrastructure Plan is well conceived. The decision to float zero coupon Infrastructure Debt Funds will help attract foreign investments. The plan to expand roads, highways and ports and a record allocation for railways will boost connectivity and enhance ease of doing business.
As was widely expected post pandemic, healthcare has emerged as the runaway winner in this budget with a whopping 137% increase in allocation. The Government’s decision to allocate Rs. 35,000 crores for Covid vaccination is reassuring while the Prime Minister’s Atmanirbhar Swasthya Yojana will help ramp up healthcare infrastructure down to the grassroots level, fortifying us against future health catastrophes. Recognizing the importance of access to safe drinking water through the Jal Jeevan Mission is another positive
The Budget reaffirms the Government’s intent to follow an aggressive strategic disinvestment strategy besides a plan to monetize its idle and surplus assets like land. Some big-ticket disinvestments have been promised for the current fiscal year including 2 PSU Banks and 1 general insurance provider, besides scheduling the LIC IPO. This can be a crucial source of revenue for the Govt if implementation targets are met.
Setting up an Asset Reconstruction Company to absorb accumulated bad debts will destress the banking sector. Coupled with a fresh capitalization of Rs. 20,000 crores for PSU Banks, this will augment lending capacity
Rise in agri-credit, increase in outlay for development of rural infrastructure and doubling of micro irrigation fund will help enhance farmer income, and boost demand. Integrating 1,000 additional mandis with eNAM will enhance transparency and competitiveness.
The PLI scheme for identified champion sectors will accelerate formation of a robust manufacturing ecosystem in the country. Besides supporting self-reliance, this will have ancillary benefits in the form of more jobs and position India as an alternate manufacturing hub for rest of the world. The decision to raise FDI limit in insurance will attract investors and help in expansion of this sector – this also signals the Government’s intent to stay on the reform path
For the common Indian, while the Budget does not enlist any tax exemptions, it also does not levy any new surcharges. Citizens above 75 years with only pension income have been exempted from taxes. A one-year extension of the additional tax deduction on loans taken to buy affordable houses is another benefit.
The startup ecosystem has received several incentives such as easing norms for 1-person companies, extension of tax holiday and extension of exemption on capital gains for investing in startups – each by 1 year
Extending social security benefits to gig and platform workers, bringing them under the ambit of minimum wage rule and Employee State Insurance Corporation, a portal to gather data of unorganized sector employees and migrant labour with an eye on crafting welfare schemes and allowing women to be employed in all categories including night shifts are all designed to facilitate an equitable recovery post Covid
The Rs. 3.06 lakh crore package for revamping stressed power discoms is an important step – this should urge them to adopt smart metering and upgrade their infrastructure to cut down losses. The decision to progressively end monopolies in the distribution sector is also commendable as it will benefit the end consumer. Allocation of Rs.1,000 cr and Rs. 1.500 cr. for SECI & IREDA respectively and the launch of National Hydrogen Mission will boost the renewables sector. Policy for voluntary scrappage of old polluting vehicles and allowance for fighting air pollution impart a “green” touch .
(The article originally appeared in Financial Express)